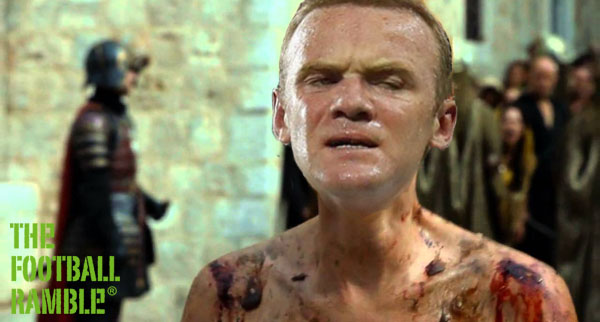 As England ignominiously exit from a major tournament, the crowds gather on the streets of football to pelt the players and (former) manager with rotten fruit and insults.

It’s as much of a tradition of tournament football as hanging nylon flags from car windows and fans getting into scraps on the street of host nations, but something about this particular incarnation of embarrassing defeat feels different. More decisive than any we’ve seen in the last thirty years. 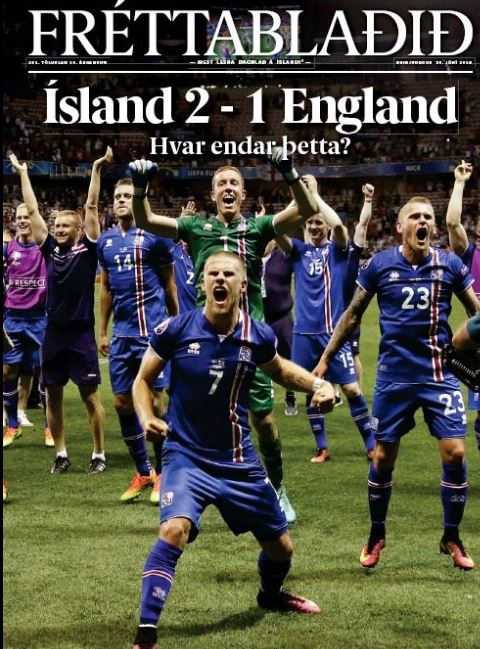 Perhaps it’s the nature of it. While Iceland deserve to be congratulated for a committed, spirited and most importantly, organised, performance against England, they’re still (lest we forget) a nation of 330,000 people who grow beards for warmth, not fashion. They’re thirty-fourth in the FIFA rankings and their co-manager is a practicing dentist.

Maybe it’s because the first half against Russia was so thrilling. England were finally the team we deserved, we thought, the one that challenges for the ball, stands strong in defence and the one capable of conjuring glory from a silver tipped boot. The leaden years of the Golden Generation were finally over, and we could dare to dream of a vibrant, thrilling future that matched our expectations and perhaps more importantly, what we believe we deserve.


But in the end, it came down to a simple analogy. Iceland performed to the sound of Viking horde emitting a synchronised and suitably terrifying war cry. We fumbled around to the indiscriminate parping of the England band.

Take a moment away from the now traditional flagellation offered by Chris Waddle, the dour gloom cloud occupied by Alan Green and Danny Mills, and think. Roy Hodgson’s resignation was an inevitability under the circumstances but if there is to be any hope for the future at all, we need to expand our horizons when it comes to distributing blame and moving forward. Throwing cash at a shiny, previously successful, manager who oversees an exceptional qualifying campaign only to falter at the first competitive hurdle is a sticking plaster we’ve applied tournament after tournament and I think it’s safe to say it’s not working.

If we want success in the future, we need to strip bare the open wound that is the current England football setup and decide how we can best fix it. The time for politely averting our gaze is over.


We have to look at everything, including ourselves and our attitude. The look on the players’ faces when that second Iceland goal went in demands as much analysis as Hodgson’s decision to play a short-on-confidence Raheem Sterling over Adam Lallana.  The weight of our expectation, already heavy on young and in some cases, still developing, shoulders, suddenly, visibly, reached full capacity and the panic and fear in their eyes brought to mind the expressions of a gang of field mice suddenly exposed under the beam of a Klieg light. They’re fulfilling our dream, wearing our shirt, carry our country’s hopes and dreams, and quite honestly, most of them looked as though they’d rather be working in one of Mike Ashley’s warehouses than playing for England.

Yes, they’re wildly overpaid. But, with the best will in the world, that’s not their fault. All elite footballers earn outrageous amounts of money, but still somehow manage to cobble together a cohesive game plan and unleash their individual genius when appropriate. It’s not Sterling’s fault he was picked over Lallana or that his vast wages don’t assuage his self-confidence issues like the tabloids tell us it should. Those players knew what was happening on social media even as the ball was at their feet and while acknowledging the performance was woeful, I defy anyone to perform their job to the best of their abilities while simultaneously copping pelters from the nation.

I don’t know what the solution is, but I know it isn’t effigies from pubs, front pages featuring photoshopped root vegetables and hammering the talent we’re fortunate enough to have.

Trouble is, we love that shit. Grab a rotten tomato and a place in the crowd. They’re coming home.