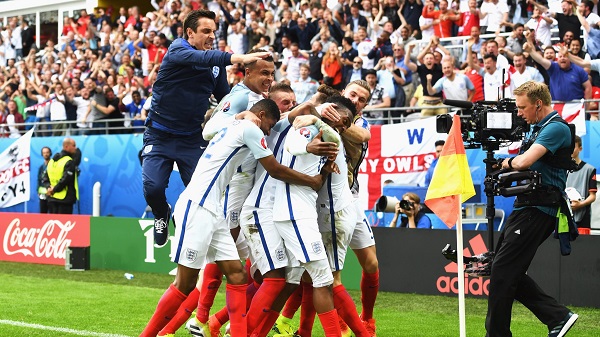 France top Group A after two tricky games which saw Didier Deschamps fiddling with his team selection with the bold omission of Paul Pogba and Antoine Griezmann for the fixture vs. Albania.

As it was, both Griezmann and Pogba came off the bench at half time and on 68 minutes respectively, their contributions enabling France to snatch a 2-0 victory at the death. Dimitri Payet is still better than Olivier Giroud, which must be crushing for a man whose nickname would be the Highbury Hipster if capitalism wasn’t ruining football.


If Switzerland had beaten Romania on Wednesday they too would be through to the knockouts, but despite some reasonable attempts they failed to secure the three points, leaving the Romanians heavily incentivised for their Sunday fixture vs. Albania.


We should have expected England vs. Wales to be a turgid affair, not least because we were all so excited about it. And while lots of people are treating the Lions’ coming from behind with a 92nd minute goal with a joy such a thing would usually evoke, I’m less than inspired.

Hopefully the enthusiasm will pick up after a decent 2-0 victory over Slovakia, played with the vigour that emerged vs. Russia. Who for their part will be fighting for survival vs. Wales.

It’s all to play for as we move into the final group game, Clive!


Unless Marek Hamsik fancies it, obvs.


Literally any game would have looked tedious coming two hours after Northern Ireland’s thrilling (and let’s face it, unexpected) 2-0 victory over Ukraine, but Germany vs. Poland was dull as ditch water.

Still, the two teams touted as the two most likely to cruise through the group have done we neutrals a favour by leaving the door open to an upset that would prompt Northern Irish bars to run dry for the first time since…. well… they qualified.

If you daren’t look at the fixture schedule for fear of finding out when three games a day every day finishes, it’s time to face facts. #PeakFootball finishes on Monday, returns for an ill advised and regrettable in the morning two night stand on 25th and 26th June, then is gone for two years.


So fill your boots with the remainder of the second round of group games, featuring potentially thrilling match ups between Italy and Sweden, Iceland and Hungary, Wales and Russia, and Northern Ireland vs. Germany.

England play Slovakia on Monday. But I’ve been watching England for long enough to know that calling it ‘potentially thrilling’ is waving a huge bacon sandwich in fate’s direction.