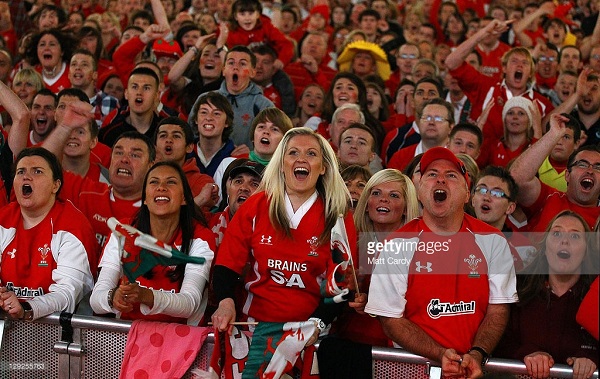 For most of us, England’s heroics in Italia 90 and Euro 96 are abstracts. While intimately familiar with the imagery of those semi-finals (most involving Gazza ingesting or emitting fluids in vast quantities), many of us weren’t grown up enough to have experienced the gamut of emotion required to fully engage with the glory of those moments in a meaningful, long lasting way. Some of you weren’t even born.

Since that time, England have settled into something of a routine when it comes to major tournaments. And so have we as fans. As a brief tour of Ramble tournament coverage will demonstrate, cautious excitement gained from a wildly successful qualifying campaign is at first tempered by bitter recriminations over player selection, then a bafflingly workmanlike performance in one (or more) of the group games. We then either emerge victorious but bewildered from the group stages because we can’t understand how we managed to get through while playing like our representatives have never met before (let alone exchanged passes) or crash out and try to avoid smiling while climbing into posh buses so The Sun doesn’t take photos and accompany them with well reasoned captions like “SPOILT ENGLAND PLAYERS DON’T CARE’.

If it’s the former, we inevitably get knocked out in some heartbreaking scenario that makes us the laughing stock of either Europe or, in World Cup years, the planet. In summary, being an England fan is a thankless task.

Still, at least we can peer through the frosted glass that runs along the entire border between them and us (true fact) and see someone enjoying what we somehow believe is our birthright. A solid qualifying campaign, some worrying performances in friendlies leading up to the tournament and then this…

... and then a game that in the end, a header from ‘The Best Player In the World Not Recently Convicted of Three Counts of Tax Fraud™’ and a scuffed goal by an irritating man usher them out of the tournament to the sound of pride bursting from everyone of their countrymen’s pores.


Yes, it’s a vicarious pleasure, but one we English should consider carefully. You can say what you like about Gareth Bale being a world class player, making the difference blah blah blah. But it’s worth nothing that the Wales fans have been nothing but supportive of their team, the media have been behind them and their team spirit and pride in the shirt has been utterly bulletproof. The sum of Wales parts might not look much on paper, but my god, when it matters they transforms themselves into a unit that England’s national team can only dream of.

While the press and the FA seek to hamfistedly replicate that spirit by transplanting Chris Coleman into Roy Hodgson’s still warm seat and hoping for the best.